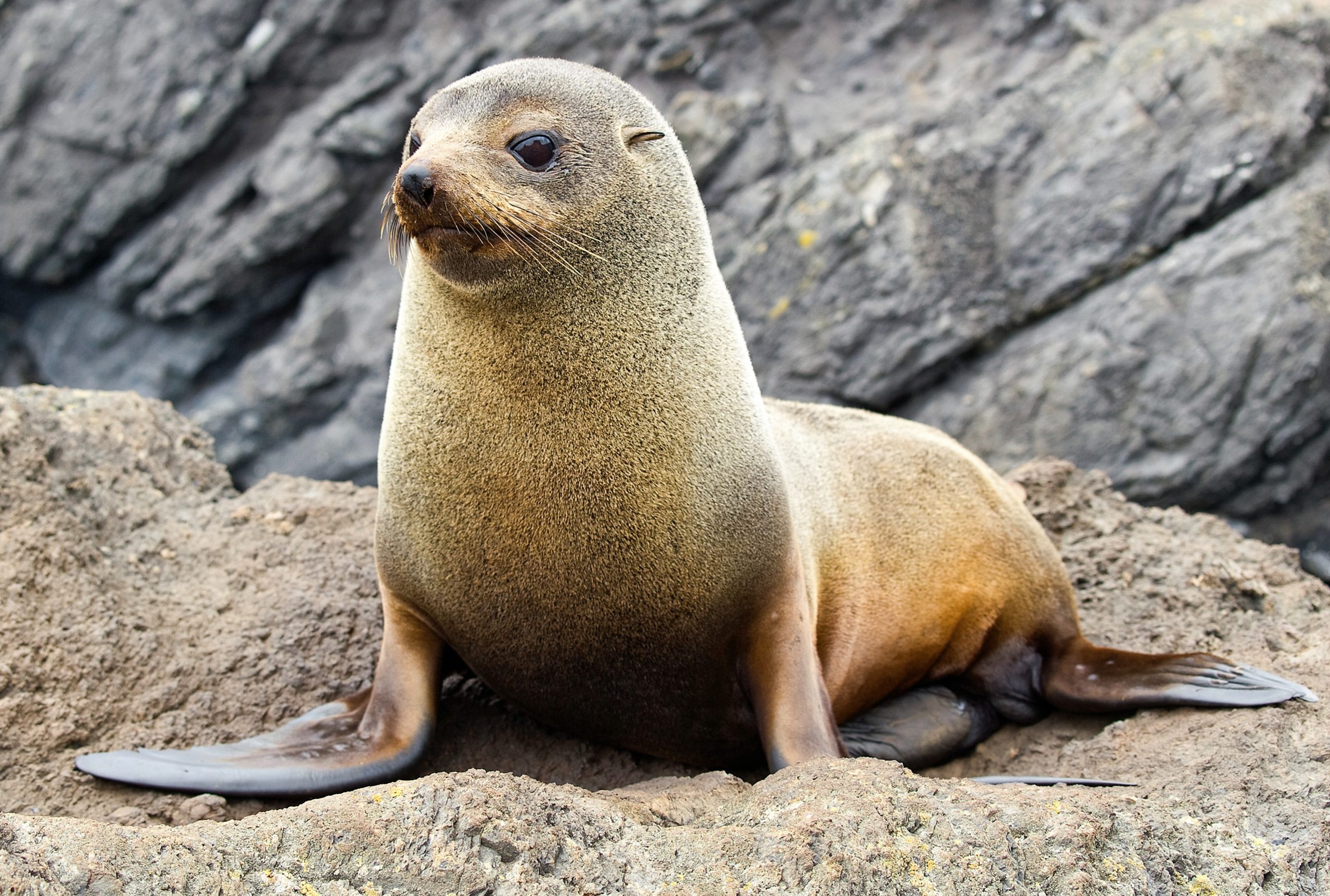 Kekeno are the most common seals in New Zealand and their population is growing.

Population: the last total population estimate was 200,000 in 2001. It will be higher now, but unknown by how much. Their numbers are increasing along all the coastline.

Found on: rocky shores throughout mainland New Zealand, the Chatham Islands, and the subantarctic islands, as well as parts of Australia.

Seals are very good swimmers and weaned pups will sometimes travel great distances. On land seals have been found in unusual places such as backyards, drains and streets.

Despite these odd appearances, seals are best left alone with no human intervention.

Fur seals and sea lions are distinguished from other seals by their external ear flaps and hind flippers which rotate forward, allowing them to move quickly on land.

New Zealand fur seals can be distinguished from sea lions by their pointy nose and smaller size. In New Zealand, fur seals also tend to be found on rocky shorelines, whereas sea lions prefer sandy beaches.

This pointy-nosed seal has long pale whiskers and a body covered with two layers of fur. Their coat is dark grey-brown on the back, and lighter below; when wet, kekeno look almost black. In some animals the longer upper hairs have white tips which give the animal a silvery appearance.

They dive deeper and longer than any other fur seal. Female fur seals on the West Coast are known to (occasionally) dive deeper than 238 m, and for as long as 11 minutes.

Their summer foraging is concentrated over the continental shelf, or near the slope. They will dive continuously from sundown to sunrise.

In autumn and winter, they dive much deeper, with many dives greater than 100 m. At least some females dive deeper than 240 m, and from satellite tracking, they may forage up to 200 km beyond the continental slope in water deeper than 1000 m

Want to learn more about the New Zealand Fur Seal ?